Destiny 2 Is Destiny 1 Turned Up To Eleven

Destiny 2 has been out for three weeks now, and that seems a good time to reflect on it’s opening. I’m probably one of the few people who never really got into the first Destiny. I played it with my friends and enjoyed the co-op elements, but was never that interested to go and play it solo. The seeming lack of story is already well documented and doesn’t bear repeating here.

I played the beta for Destiny 2 when it came out and instantly pre-ordered the silly edition (£90 is unquestionably silly). Now the last few times I’ve pre-ordered games I’ve been stung badly (Thief: the ultimate let down). Yet the drama and brashness of the Destiny 2 opening mission persuaded me to go for it.

I don’t want to post any story spoilers here. Which is difficult because this time around there is a lot of it! There is enough good dialogue. Engaging plot and pop culture references to make you weep with joy! Anyone else spot the Rick and Morty one? (I don’t even have time to tell you why I don’t have time to tell you where it is in the game). Needless to say you won’t have to go hunting online for cards this time to make sense of things. The story feels tight. I didn’t feel any of the main missions were there to kill time. They all kept upping the ante and made me feel that I was truly part of this massive universe.

Naughty Dog’s Uncharted series can usually claim the crown for ‘biggest set pieces that make you feel part of something epic’. But, I think they’ve been knocked off the top now. Bungie’s level design is brilliant, and each world you visit has a distinct feel. There was a lot of nothing and copy/pasted buildings in the first Destiny. But it’s sequel spares no expense when it comes to world building.

Every time I got to a new world. I thought it was even prettier than the last, and as you can see from the images that’s no small achievement!  The various zones on each planet stood out for me this time. The architecture had a lot more variation and the events in each location help make it easier to remember where you want to go.

So if the story is good and it looks great, is the game play significantly different? No… and yes.

It’s still the same kind of running, jumping and shooting from the first game, but tightened up and refined. Guns have more heft, each shot feels more real. The powers are better too. They’ve completely revamped the power system. Bringing in a more traditional upgrade point system (obtained through level ups/mission rewards). Replacing the infuriating XP system from the last game. This meant it was easier to upgrade powers, but I was more inclined to try out the different branches and by the end game was seamlessly switching between all three character classes as the situation dictated.

Refreshing Changes To The Formula

This is the kind of sweeping change that they’ve affected across the whole game. No longer is the map a barren marker of old missions. No longer are players endlessly replaying the same old strikes again and again, the maps are a location you can visit instead. Missions and patrols are now in the same area and you can go between them with ease without being constantly knocked back into orbit. In fact, I can’t remember the last time I was in orbit! The new travel system – which finally includes area maps – is brilliant! You can travel straight to The Farm (a new social location) to redeem your engrams from any world. Or travel to another world and start new missions. This reduction in loading screens speeds up the game and helps the worlds feel more coherent.

Gone too are bounties. Once you reach a certain point in the game you’ll be able to access challenges, which are planet specific and refresh every day. These are essentially the same as bounties used to be, ‘kill x number of enemies’/ ‘complete 3 patrols’/ ‘loot x number of caches’, but it feels slicker. Again, it helps the world feel integrated. Now you complete challenges as you are travelling around between missions instead of it feeling like a chore.

The strikes have become better too. Rather than being the end of a story arc, they are separate contained plots that fill out the wider world, as do the new side missions called ‘adventures’.

The loot and loyalty systems have gone through subtle refinements too. Once you reach the level cap – currently 20 – each level up provides you with a bright engram. Each containing random items, usually shaders, ships, emotes and emblems. I know Bungie have caught a lot of stick over the shader furore, but honestly you trip over the damn things every five minutes and I’ve got a huge pile of them now.

Most engrams auto decrypt themselves in the field. Allowing the player to adjust your light level on the go and not have to wait to get back to a social space. What’s even better is that when you start getting engrams that need decrypting, they will tell you the possible power and the range of items that it could be. A small detail, but a nice touch that makes it more exciting when you’re half way through a strike and you see that your engram is 20 light better than your current equipped item.

The loyalty system is better too. You still complete tasks that upgrade loyalty, and receive a reward for every level. But, the reward points are now on each planet as well as the social space. This means that when you are adventuring in the EDZ at any point in the game you are earning reward points towards your loyalty. It made me feel like I could target where I wanted to raise my levels. As you travel a lot in the game you will end up getting a lot of rewards. Again, it feels tighter, more refined and more rewarding than the first game.

Clans Now Earn Their Own XP And Rewards

The clan system is better now as well. No longer just some letters underneath your name. You now earn XP towards your clan levelling up each week, with rewards for certain levels reached. The rewards start out rather small – extra glimmer?! I’ve maxed it out so many times I buy things just to create room to earn more! But they end up with increased drop rates for when you are gaming with clan members. Also the actions of other clan members can earn you rewards, meaning I ended up with 5 legendary engrams at once as soon as I unlocked the clans (thank you, ORG members for that).

I can’t tell you about the raid, as honestly I haven’t tried it yet, but members of my clan have and have told me that it’s bigger, tougher, meaner and more rewarding than anything that has come before. I think that sums up Destiny 2 perfectly.

They took everything we loved from the first game, turned it up to eleven and cut away all the dead wood. It’s only three weeks in but the game is polished, beautiful and truly epic. Even when I’m not with my fireteam I find myself jumping in to play a few rounds in The Crucible, or complete a few challenges and get those reward points up.

Despite never loving the first one, and not really liking MMO’s, I’m hooked on Destiny 2. I can’t help but play it, and have already started going through and levelling my second character. In fact, I’m going to stop writing this and go play some more. 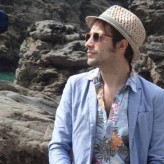 RPG obsessed, known to dabble in action adventure if the story is good enough. I lost a lifetime to football management sims. When I'm not playing games, I write music.