Call Of Duty: WWII is a return to form for the series’ storytelling
28Shares
28 0 0

It’s ironic how franchises in the world of gaming can go full-circle. One minute the series is being re-invented, the next it’s going back old school to keep certain sections of its fanbase smiling. Call Of Duty is a franchise that has been unquestionably successful since it’s conception in the early 2000’s. More recently, it has become a behemoth of the first person shooter genre – one which sees worldwide sales that make for staggering reading.

Even with last years’ instalment of the game (Infinite Warfare) taking somewhat of a battering from hardcore fans of the series, IW hit the kind of sales levels that teams working in development studios worldwide could only dream of. It speaks volumes of the franchise that Call Of Duty has become. Since the game become astronomically popular with 2007’s Modern Warfare, there’s a weight of expectancy around a COD release that can’t quite be equated to many other titles.

Despite every corner of the internet seemingly clamouring for a return to a ‘boots on the ground’ style COD game, after more recent games in the series focused heavily on a futuristic element of gun play – it doesn’t seem that long ago that a move away from your standard A to B style Call Of Duty game felt necessary. While the multiplayer of games such as World At War, Black Ops, Black Ops II, and Modern Warfare 2 were all as invigorating and solid as you’d expect – their campaigns did seem to come with a sense of rinse and repeat, while a lack of real differentiation between them was also present.

Whether Activision and their studios that develop Call Of Duty i.e. Treyarch, Infinity Ward, and Sledgehammer took the mantle of bucking the system of your average COD and ran too far with it is a question for another day, but what can be established is that by the time we were into the 2010’s; Activision’s flagship title needed some new ideas.

Fast forward to the present day and after jetpacks, wall running, and space battles we have landed at Call Of Duty WWII: the first game in the franchise to be set in the worlds most historic battle since 2008. This is about as boots on the ground as you can get. Despite some at times bewildering server issues, WWII’s multiplayer is your standard experience: fast paced, overflowing with adrenaline, and ready to punish you at the first hint of a mistake.

What gives WWII real beauty though is its campaign – and it finally feels like for the first time in a long, long time that it’s actually the single player that should be the biggest draw for this years instalment of one of gaming’s most notorious franchises.

There’s no villain set-piece here, there’s no Kevin Spacey or Kit Harrington appearances. Instead the Nazi regime is the villain, but isn’t the sole source of adversary throughout the games’ relatively short but memorable campaign.

Instead it’s the push and pull between your own superiors which plays a large role in the curving story of WWII. Playing as Private Daniels your story beats of missing your girlfriend at home and praying that you see her again is admittedly bland and predictable, but it’s the supporting cast that take this story to a much higher level.

Your comrades and the unity you share with them takes centre stage instead, and while WWII certainly isn’t the first game set in this era that makes the partnership with your fellow soldiers feel pivotal to the game; here it’s taken a step beyond what you may have experienced before.

Rather than wandering codes of AI you’re hoping can be of use to you – your comrades become genuine allies for a majority of the game, giving you tools such as health kits, grenades, mortar strikes, and enemy mapping after accruing a certain amount of kills, with each soldier being responsible for their own specific request. You find yourself going into certain areas of the mission having to change your approach because particular soldiers aren’t with you. You might not want to go all guns blazing if Zussman (responsible for health kits) isn’t by your side.

Zussman stands out as the shining light for character building in the game. His quick whit and ‘never say die’ attitude is as infectious as it is heart-warming; the camaraderie that you feel build because of the bond forged in your hands that is being ravaged and eaten away by war and devastation. Sledgehammer Games have done a terrific job of making it seem like there’s always something you might lose as you play on, and it makes for tense storytelling.

As eluded to earlier, the true “villain” of WWII is hard to pick out, with your superiors Turner and Pierson locked in bitter disagreement from the off; it’s rough and tumble between two alpha males in a war setting – hardly original. But the motion capture is done to an incredibly high standard, that you can’t help but feel entwined in every dispute, with so much on the line whose side are you supposed to take?

In terms of gameplay WWII does what you’d want it to. There’s no shooter out there that has mastered the art of FPS gunplay quite like COD. Every weapon sounds legitimate, every headshot feels painful, and Sledgehammer have gone out of their way to bring in some new elements to the franchise that have their own amount of risk and reward.

The inclusion of Quick Time Events (QTE’s) certainly feels more risky, with this style of gameplay only ever really seeming to be pulled off with great effect by Telltale. The more stealthy elements certainly feel more like a reward however, with one mission in particular taking you away from Private Daniels and placing you in the eagles nest as a female spy. We won’t spoil it for you but it’s most certainly a fresh and interesting take on this historic event.

That’s not where the impulsive inclusions end though, add in the ability to identify injured allies and drag them to safety thus saving their lives; and having the ability to make enemy soldiers surrender in certain situations; and in WWII we have a game that looks to create as authentic a war experience as possible.

It doesn’t all hit with a perfect landing, and there are some elements of the campaign which could have been stretched further, such as the length of the experience itself and the character of main protagonist Daniels. But what is here is a fine single player journey, that when played on the harder difficulties puts you under duress at every corner, every onslaught of Nazis need to be picked off more carefully than the last, and your first lapse in concentration or over zealous behaviour often gets punished by staring at the death screen.

You may wonder why you have reached this far and there is yet to be mention of the impact of health pick ups in the game, and this would be because it doesn’t really affect things all that much. On veteran even with full health you’ll die extremely quickly when careless, and while it can be frustrating when you’ve only got one health pack left and are begging for a checkpoint – this all adds to the drama, and the exhilaration that comes with being in a warzone. Make a wrong step at your peril.

Call Of Duty WWII gives us the setting that we’ve wanted for a while, it gives us the multiplayer that we’re used to, and the zombies that we’re still addicted to. But it also puts a campaign in our hands that isn’t quite perfect, but is a tale of storytelling art in its own right. It takes one of the most historic events in our earths existence and puts a personal touch on it. Visually stunning, crisp gameplay and a story of loss and tragedy; WWII is a storytelling return to greatness for Call Of Duty. 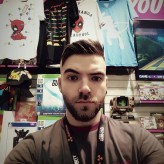