ANIME BOOBS ARE BACK, AND BIGGER THAN EVER.

But in all seriousness, Valkyrie Drive: Bhikkhuni is brought to us by Marvelous Games, the makers of the recently relevant Senran Kagura series.
Senran Kagura surprised us. Especially because a game that primarily focuses on fan-service (and boobs), at least on the surface. Offers gameplay and well-balanced characters that together made a very fun, casual hack and slash title. Valkyrie Drive: Bhikkhuni builds upon this. Much like the Senran Kagura titles. This game is awesome at throwing tons of enemies on screen for players to dispatch of in many creative ways.

The game, at first, feels like a visual novel, with long periods of dialogue to set the story up. In short, there’s a virus circulating that targets and infects young women; it’s nown as the “V-Virus”. To combat the spread, the infected ladies, referred to as ‘Valkyries’, are quarantined on various islands. Where they continue schooling and, hopefully, live a healthy life. No one has found a cure before ‘The Bhikkhuni School’. There, they have discovered that forcing the women to battle (sometimes each other) trains them up to have the strength to keep the disease under control. The main protagonists of Valkyrie Drive have a more ‘special’ form of this, known as the “VR-virus.”

With little experience with the franchise before playing this. I still found the set up of the story to be very informative and concise. The only problem with this is that the periods of dialogue could be a bit overbearing or drawn out. Players of this genre should already be fully aware of that.Valkyrie Drive includes 56 missions to play in the main story mode with 3 difficulty levels. Plus various other modes including challenge and survival modes which really test your patience and skill. Not the easiest of game modes I must say but if you like a challenge you’ll certainly love it.

Boobs aside, the actual gameplay for this genre is great. There’s a real developed mode of combat here that resembles games like Metal Gear Rising, Bayonetta, and Devil May Cry . Instead of being a simple hack and slash game like the Senran Kagura games. Valkyrie Drive: Bhikkhuni features a lot more skill-based combos and manoeuvres that involve precise timing.

Despite that, you’ll notice many similarities with Senran Kagura’s features as well. The clothes ripping gimmick, the naked finishers, the lingerie prizes, the dressing room and other exciting unlockable content is still all there in true homage to the genre. Something that caught my attention in the dressing room was a mini-game that involves you touching hearts while trying not to be distracted by your chosen girl in just her tiny excuse for ‘underwear’. By raising their chest scores/levels, you get more stuff, and you also meet the requirements for ‘checks’ in hidden areas in the stages that will get you even more secret items. Don’t say they don’t reward ‘ya!

So final thoughts: if you can get past the lewdness (or don’t, I love it!), there really is an awesome hack and slash here with awesome rewards and interesting narrative. It’s a super fun and addictive game. Though it may pale in comparison story wise to the likes of Devil May Cry, it certainly has similar fast paced and satisfying combat that kept me coming back. It borrowed what was great from Senran Kagura. Like its focus on character pairings and improving their relationships to improve skills. Overall another cool title from Marvelous Games.

Long Periods Of Setup and Dialogue 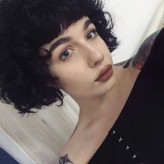 Robyn is a game designer, character artist, and Shenmue cult superfan. Her passion for table top and video games has been constant her entire life, whether that means making them, reviewing them or playing them.

Injustice 2 Is A Role-Playing Game

What Call Of Duty Can Learn From Destiny