Our Shiness: The Lightning Kingdom Review Solidifies A Year Of Great RPGs

You could say that, so far, it’s been a good year for RPGs. Maybe even a great year. With titles such as Horizon Zero Dawn, Mass Effect Andromeda and, more recently, Persona 5, having been released before the hype-infested E3 period, one would be wondering how the rest of the year could continue hitting the drum of excellence at the same rhythm. What you should listen out for, however, are how the quieter taps can often make a. end result that’s much greater. Enter Shiness: The Lightning Kingdom.

From the get-go. It seems as if Shiness: The Lightning Kingdom was a game created using a checklist of thematic ideas, stylings and plot points. Various cute races? Check. A war that not only divided said races, but the land itself? Present. An unlikely hero? With a companion that only you can see? Of course.

Not only is the premise unoriginal but, as you find out shortly after taking off on your grand adventure, the general flow of the game is to be expected also.

Throughout your journey you manage to get wrapped up in various conflicts. Unravelling layers to your story that were previously covered. All whilst adding other unlikely heroes to your party to boot. Whilst, as you may have gathered, the premise is unoriginal, the game makes sure to stand out from the crowd by adding it’s own flair to the proceedings, and that’s where everything starts to look up.

The World of Shiness: The Lightning Kingdom is Gorgeous!

The world of Shiness is gorgeous. It features a beautifully-stylised world that wouldn’t go amiss in a Level-5/Studio Ghibli crossover. Even the most mundane of environments still manage to strike a chord. The music perfectly compliments the art, meaning every adventure is captivating in it’s own unique way.

The downfall with the stylised art style is that, unfortunately, character models often look bland, bordering on lifeless. A huge contrast to, say, the Naruto Storm series and, to a lesser degree, the Tales Of games. Considering that you will spend the vast majority of your time looking at the character models, they do very little to inspire; bear in mind that the enemy characters look worse and certainly still detracts from the experience.

Aesthetic be damned, though! Don’t let the cute lure you into a false sense of security, as it did with me, Shiness: The Lightning Kingdom is pretty unforgiving. Whilst not ruthless, it flirts with the idea every now and then. Combat isn’t what you would expect from your typical RPG either. Featureing a system that is built on top of punches, kicks, and subsequent combos. Timing is key here, and much like For Honor, you soon start to feel a rhythm and cadence to the beats, and it becomes more enjoyable because of that.

That’s not to say it’s perfect, though. It too often feels as if the game is against you. Whether that be a poor camera or sudden animation quirks, and at this point, skill can only get you so far. When rewards are based upon your performance, it often feels unfair, and despite enjoying it when it worked, I felt as if it wasn’t quite there all the time.

That seems to sum up my experience with Shiness: The Lightning Kingdom. A beautiful, unique take on the RPG formula. Often let down with an inherent inconsistency that dulls the edges of an otherwise sharp package. Despite this, I’m glad I invested my time in Shiness and would happily invest that time all over again in the near future. This quiet, inconsequential beat of the drum hit hard for me.

The Good
The Bad 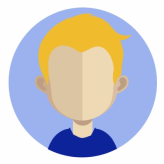