There aren’t many games that make me feel like I’m piloting a sci-fi accurate spacecraft. This is, namely, because it’s hard to simulate a sensation that’s unbeknownst to 100% of humanity. Our collective reference point for piloted space combat comes from movies, books and video games. How can we possibly know what makes ‘realistic’ space combat when no one has ever experienced it?
We can’t, simply put. But the neon, volatile madness of Graceful Explosion Machine is as close as I’ve ever felt to being a fully fledged cosmic pilot in any game. Each level is structured as a horizontal, flat circle that contains three waves of unrelenting enemies. Requiring you to weave, dodge and blast your way to victory.
Certain enemies require one specific weapon out of your four firing modes to defeat. However, even in the centre of the tempest where you instinct is to just commit to a guns blazing approach, the risk and reward system forces you to adopt varied tactics or perish. And trust me, you’re going to die a lot. 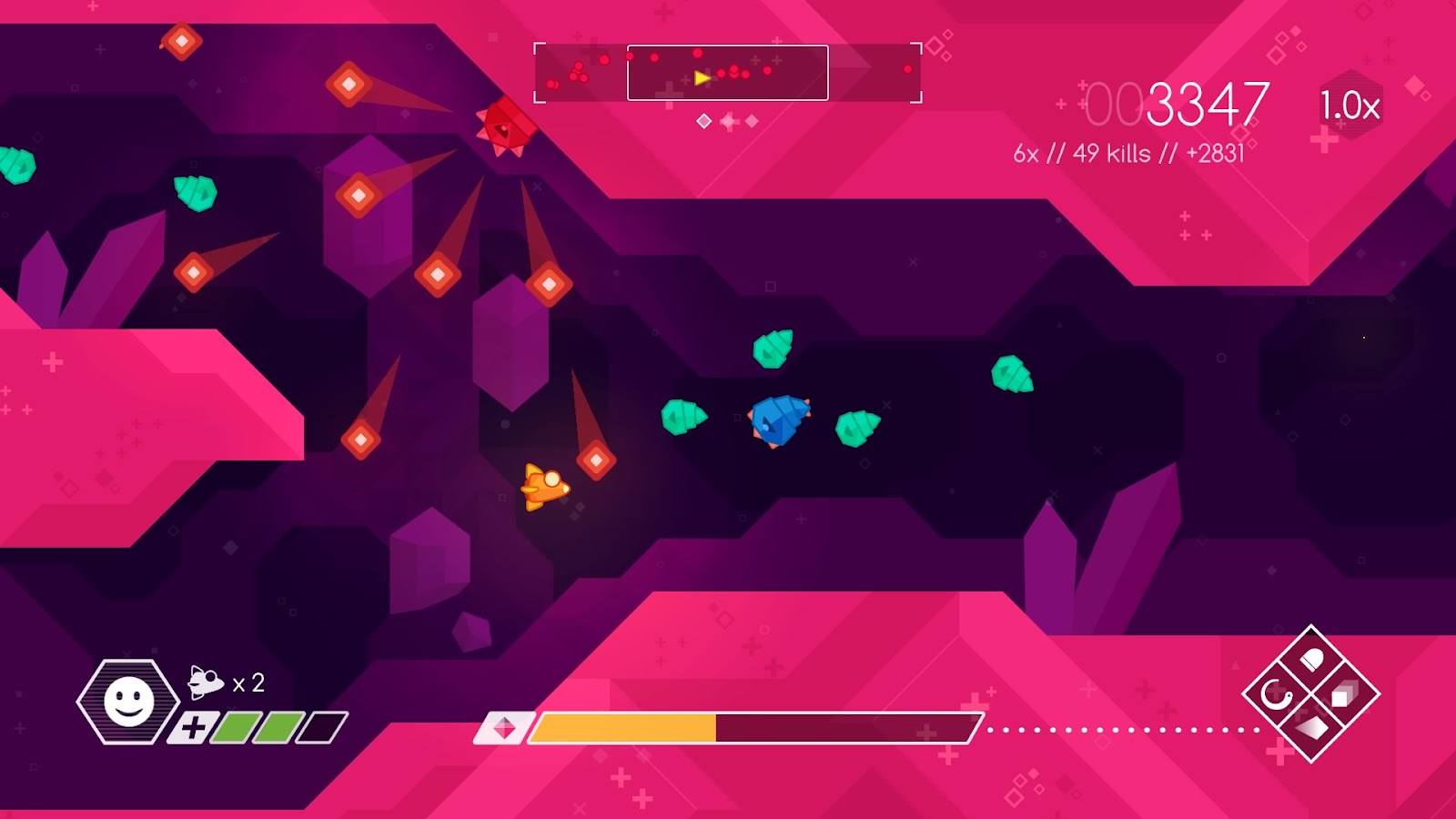 The standard gun heats up quickly while your three other abilities (sniper blast, missiles and close quarter energy sword) require energy. You pilfer energy from defeated foes at the cost of keeping a safe distance from the literal hundreds of your colourful nemesis bots. The shooting feels responsive and balanced as polygonal foes splinter to their colourful demise. Your ship bobs and weaves nimbly around hordes of enemies. Controlling so well that you only have yourself to blame when you fail one of the forty levels or so.

Graceful Explosion Machine rewards determination, style and skill. However, the difficulty spike, at times, is severe. Past the three tutorial levels, you’ll struggle and squirm your way through a handful of levels before getting to grips with the level of competency the game asks of you. With that in mind, there’s no better feeling than settling into a destructive rhythm and connecting a flurry of abilities to wipe out a fleet of wily baddies. The punishment is tough but overcoming it is worth it. 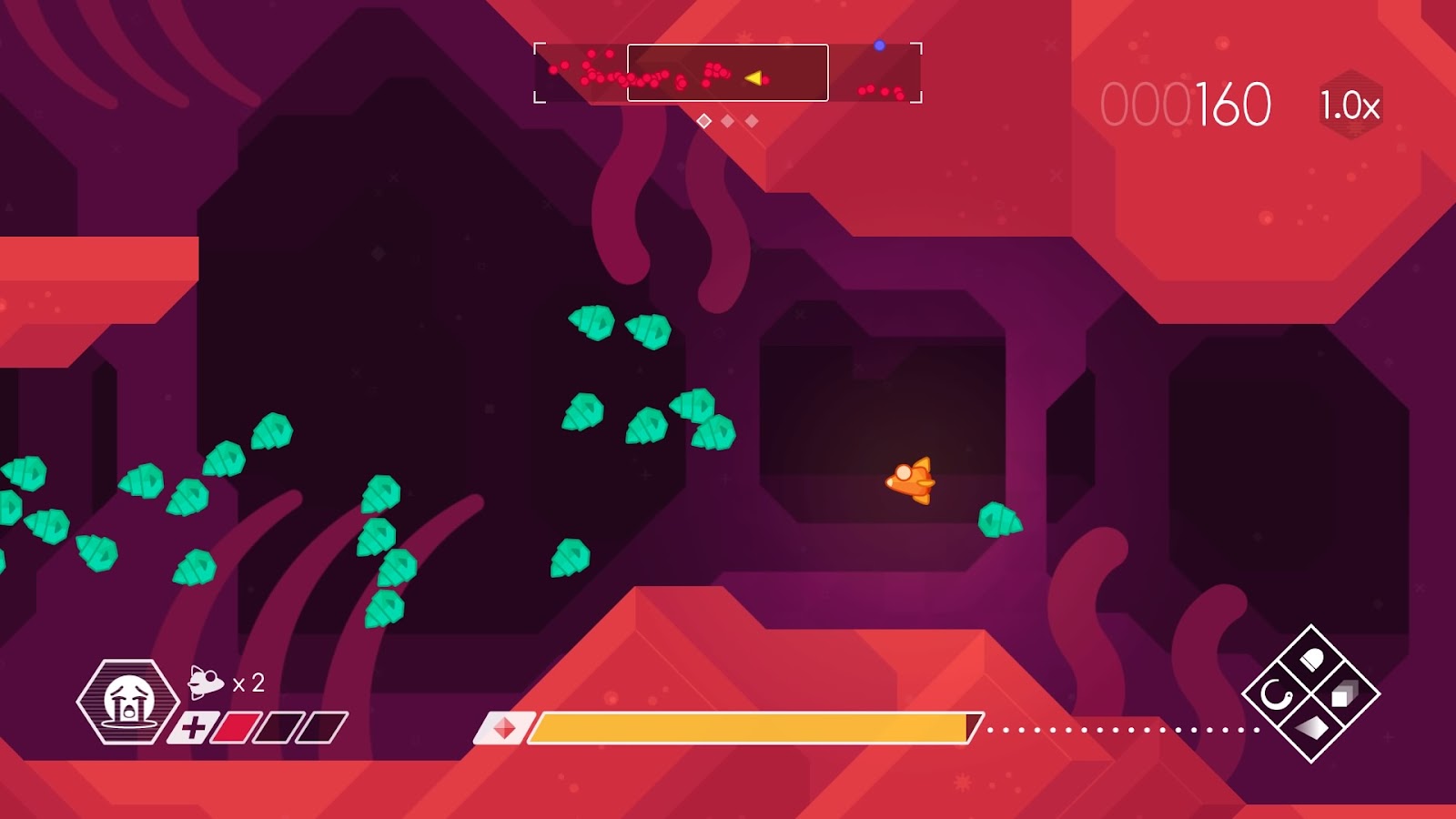 Additionally, the game allows you unlock handful of levels at a time, meaning that you won’t hit a wall where the game won’t allow you to pass through because you aren’t ready for the rest of the content. You can shop around and hone your skills in other worlds if needs be.

Graceful Explosion Machine is an incredibly frenetic and beautiful arcade shooter. While I’d prefer there to be an less challenging mode for the players that won’t earn their wings as quickly, you can’t fault the game’s movement, shooting and atmosphere. So buckle up, this as close to being a space captain as you’re going to get.

Graceful Explosion Machine is out now on Nintendo Switch and Playstation 4 on August 8th. Learn more about the game over at their website and be sure to follow Vertex Pop on Twitter.

Could Benefit From A Less Challenging Mode

Will is a music journalist by day and a bleeding-heart Nintendo shill by night. He possesses a passion for video games that was forged by years of Pokémon marathons by lamplight. These days Will loses sleep over the lore of Kingdom Hearts and does his best to write shorter sentences.

The Current Console Generation: How Will We Remember It?